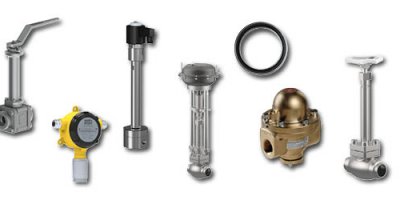 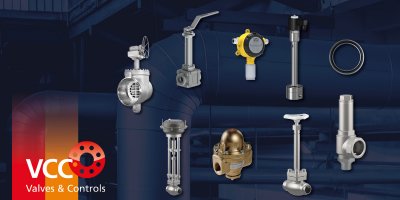 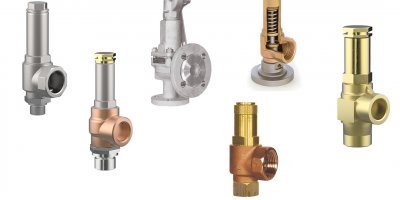 Herose news: LNG is speeding up

Four examples of this hypothesis – and HEROSE is at the forefront

Over the past years HEROSE has developed into a specialist in the field of cryogenic valves for LNG (Liquefied Natural Gas).
In the context of increasingly stringent environmental regulations for shipping, new constructions are increasingly being equipped with purely LNG drives – an important market for the Bad Oldesloe valve manufacturer.

LNG is speeding up: four examples for this hypothesis.

AIDA Cruises is continuing its long-term strategic partnership with the Meyer shipyard in Papenburg and placed an order for two new constructions of the next generation of AIDA ships in June.
The ships, with a volume of 180,000 gigatonnes and a capacity of more than 2500 cabins each will augment the AIDA fleet in 2019 and 2020. As a trendsetter in the industry, AIDA Cruises is making a contribution to environmental protection: With the concept “Green Cruising” AIDA will be the world’s first cruise line to operate its new generation of ships entirely with LNG. This will completely eliminate the emission of carbon particles and sulphur oxides. The two ships which AIDA is currently building in Japan, which will come onto the market after a long delay (the AIDA Prima will be commissioned first in the spring of 2016) are already equipped with dual-fuel engines, which can be powered with LNG while the ships are in port.
With the new constructions, which will be delivered by the Meyer shipyard in 2019 and 2020, AIDA will be able to fulfil the more stringent limiting values for pollutants by the International Maritime Organization which only allow a maximum sulphur content of 0.5 percent in fuel.

At the beginning of August the Meyer shipyard in Turku (Finland) started work on the new construction of a Baltic ferry. The ship will be powered entirely with LNG and from 2017 will connect the cities of Helsinki and Tallinn.
For the new construction HEROSE is supplying many valves which are installed between the LNG tank and the engines.
Photo Ship: AS Tallink Grupp
These are exclusively stainless steel valves, in which for safety reasons the actuated systems are equipped with a special sealing device called Alcatraz. The new ferry, with building number NB 1391 will be 212 meters long, measure 49,000 gigatonnes, carry about 2800 passengers and cross the Baltic with a maximum speed of 27 knots. Janek Stalmeister, CEO of the AS Tallink Group: “We are setting standards with the new ship.” The EU is subsidizing the new construction with 4.8 million Euro because of the LNG propulsion. The total cost of the ship is about 230 million Euro. Costs of a further 100 million Euro is estimated to equip the ports of Helsinki and Tallinn for LNG ships.

Morten Larsen, Technical Director of Fjord-Line is highly enthusiastic: After more than two years of experience with the LNG powered ferries MS Stavangerfjord and MS Bergensfjord he is extremely positive: “The Rolls-Royce engines ran perfectly with the gas and we did not have a single breakdown. We are also very proud of the fact that we have been awarded several prizes for the use of LNG on international routes.”
HEROSE supplied large number of safety valves and shut-off valves for the construction of the two ships which operate between Bergen (Norway) and Hirtshals (Denmark) (vc reported).
Although at the beginning the ships had to be fueled from road tankers in Hirtshals due to the lack of infrastructure, the situation has now improved. Morten Larsen: “In Hirtshals a large LNG tank and bunker has been installed, which is supplied by ship. Since March we obtain the gas in Stavanger via a newly built 650 meter pipeline from a neighbouring LNG plant.”
In Hirtshals, Fjordline is also involved in a joint venture, which plans to build the first LNG plant in Denmark in the next few years and will be supplied by pipeline directly from the gas fields in the North Sea.

At the middle of August it successfully completed its first season: the LNG barge from Becker Marine Systems, which supplies electrical power to the AIDA Sol while it docked in Hamburg. Christian Becker to vc: “In total we have supplied the AIDA Sol twelve times at its mooring in Hafencity West.”
As the AIDA Mar will soon be technically converted so that it can use the electricity from the LNG barge during its stays in the port of Hamburg, Becker Marine Systems expects that usage will double in 2016.
HEROSE was involved in several deliveries for the construction of the LNG Barge. Managing Director Zschalich remembers: “This was a demanding order. Not only had various special features to be taken into consideration for the construction, but also there was enormous time pressure.”
In 2014 HEROSE supplied type 01841, 01843, 01851 and 01853 valves. Becker Marine Systems is optimistic that it will soon receive orders for the construction of further LNG barges.
Christian Becker, the responsible Product Manager says: “The ports of Rotterdam and Warnemünde are very interested, but we are also having serious negotiations for non-marine LNG projects. Ultimately, Becker Marine Systems has demonstrated that we can handle LNG.”